Back to all posts

How to Write a Dorian Chord Progression

How to Write a Chord Progression
in the Dorian Mode

The video above is from our Songwriting & Producing Course. If you wanna make Dorian music, this course is for you. In 12 step-by-step videos, you'll learn our essential hacks for Dorian melodies, harmonies, chords, bass & more!

The Dorian mode is our sad but hopeful sounding mode. Using the white note hack, Dorian is what you get when you play all the white notes, starting from D. And remember, after you’ve used the white note hack to write your chord progression, you can just select all the MIDI and move it up or down to wherever you need.

We want to start by building a chord from each of the seven white notes. The way we do that is by playing a note, skipping the next note up, playing the next note note, skipping the next note up, and then playing the next note. That gives us a chord. As the first chord in a mode is built on the first note, AKA the root note, we refer to the first chord as the root chord. And that’s D F A here, which gives us a Dm. Remember, minors (m) are sad, and majors (maj) are happy. Moving on, the 2nd chord is E G B, which is Em. The 3rd chord is F A C, which is Fmaj. The 4th chord is G B D, which is Gmaj. The 5th chord is A C E, which is Am. The 6th chord is B D F, which is Bdim, that weird chord. And the 7th chord is C E G, which is Cmaj. Now, that weird 6th chord, Bdim, while that diminished chord is a favourite for horror movie soundtracks, it’s definitely not a favourite for popular music because it’s way too dissonant, so it’s not really used. Let’s just get rid of that chord for now.

By the way, if you need help with scales and chords (or if you just need a refresher), then download our free book below. It only takes 30 minutes to read, and then you'll have a super solid music theory foundation!

Wooohooo!!! You’re a mere 30 minutes away from being even smarter than you already are. Just head on over to your inbox now for your free download.

Now we have a gap in the middle, between our root chord Dm at the beginning of our progression and the Gmaj at the end. We have two minor chords and two major chords left (that we haven’t yet used), and you can choose them however you want. Chord progressions can have as few as two chords, but that’s boring, and they can have as many as all seven chords. We’ll go with four here, which is usually the average. Remember, tell the musical story you want to tell by what chords you choose, and by what order you put them in. I’m thinking here that I’ll go with Am (A C E) and then Em (E G B), because I really want the listeners to work through three minor chords in a row before they get the reward of that really, really uplifting major chord at the end, which is not merely a major chord, it’s that special major chord that makes Dorian sound hopeful. So in my chord progression I’ve got 75% minor, and 25% major. You can do your major to minor ratio however you want, but do think about it.

Hack ALL the Modes

Wanna learn how to write chord progressions in all the other modes? Download Songwriting & Producing PDF. Until next time, happy music making! 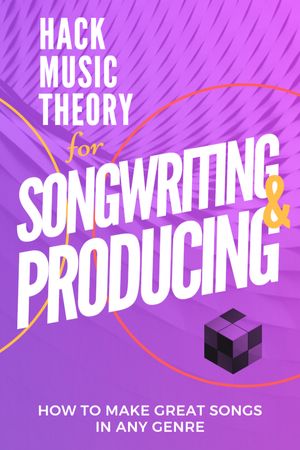 Wooohooo!!! You're now one small step away from joining the Hack Music Theory revolution. Just head on over to your inbox, open the email we've sent you, click the link to confirm, and you're in!